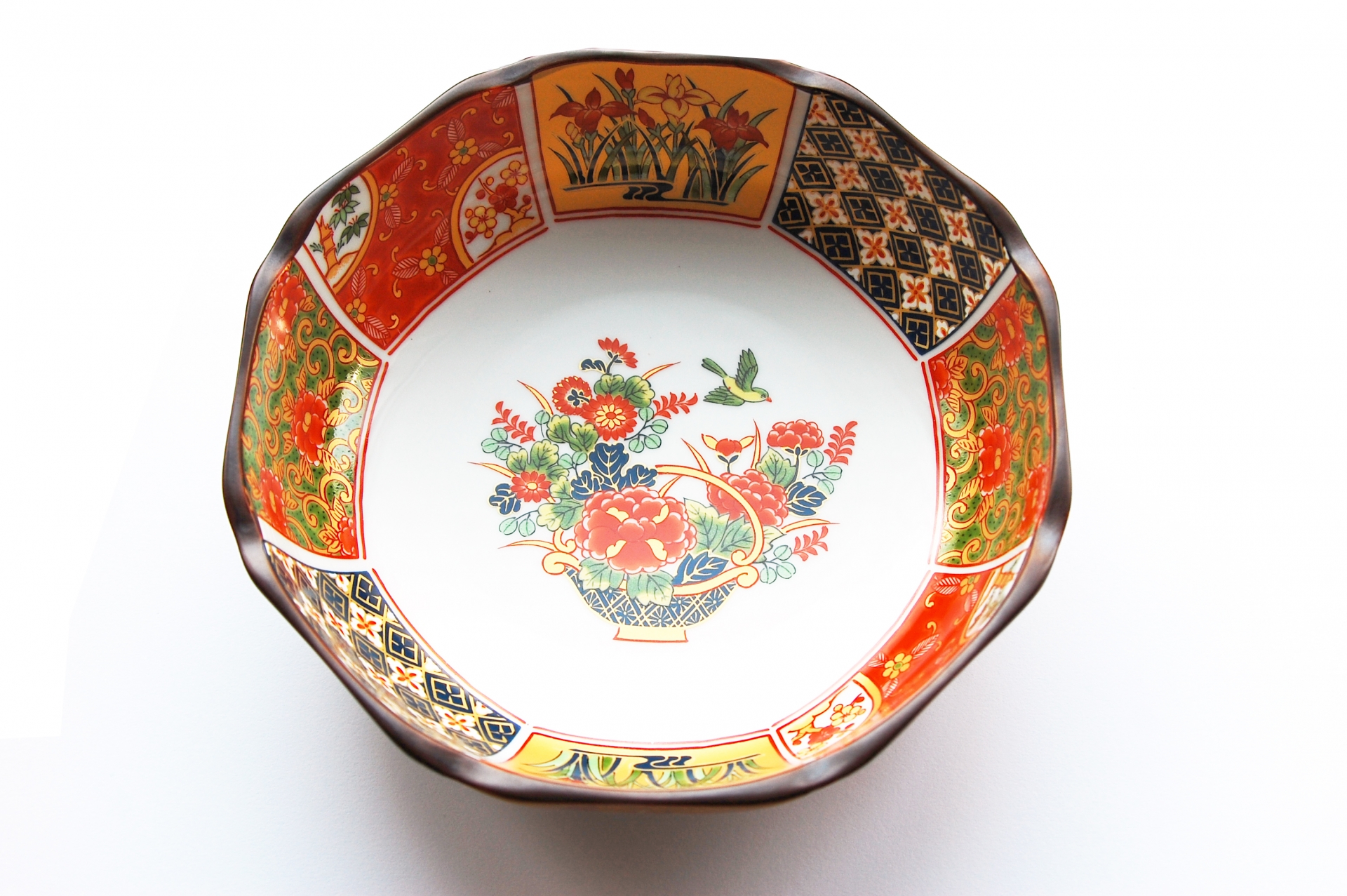 It was around 2010, shortly after we established a non-profit organization, intended to revitalize Japan’s rural economy. I was studying some literature on branding of regional products and one internet article titled “Chinese products’ struggles in brand building - Why Jingdezhen declined” (in Japanese) by Nobuhiko Tanaka (2009) caught my eye. The article compared three famous porcelain production centres in China, Japan and Germany in terms of their brand power, namely Jingzhen (first production dates back more than 2,000 years), Arita (also known as Imari; production has started in the 17th century) and Meissen (production has started in the 18th century). Based on the comparison of brand power and retail prices of these three production sites, the article concluded that Meissen is nowadays undoubtedly by far the most superior, followed by Arita, while Jingdezhen is regarded even in China as having declined as the porcelain capital. As the main reason for this the articles cites differences in the initiatives for branding as well as the production system.

In Jingdezhen, a governmental kiln was established about 1,000 years ago and lasted until the Qing Dynasty (1644-1912). In addition, there existed countless private kilns to produce ceramics and porcelains for the common folk. Already during the 17-18th century, when production at Jingdezhen was at its peak, most craftsmen were not Jingdezhen locals but seasonal migrants. They engaged in the production by using facilities in rental factories owned by wealthy families. Because retention of workers was difficult and the fluctuation among them was high, factories tended to provide off-the-shelf standardized facilities. This hindered technical innovation and the passing on of knowledge and skills. In addition, sporadic conflicts between the craftsmen occurred among the different groups of origin.

Arita’s history started during the 1610s, when a craftsman of Korean origin produced white porcelain by firing Kaolin clay within Nabeshima domain, in what is today Saga and part of Nagasaki prefecture. Already in 1637 the Nabeshima government ordered the consolidation of kilns in order to preserve the quality of the products. The local government created a special office for the protection and fostering of the craftsmen and monopolized the sales of all the porcelain products. It could be said that the life of craftsmen was guaranteed by the government. At the same time they had only limited contact outside of their domain in order to prevent technology leakage; and they spent all their life within their domain.

In Meissen, as it is often cited, Augustus II the Strong, Elector of Saxony was fascinated by oriental porcelains, especially Japanese Arita. He ordered the alchemist Böttger to find out how to create porcelain, who finally concluded his research in 1709. Afterwards, a royal porcelain factory was established within Albrechtsburg, which evolved into today’s Meissen under a thorough production control.

Analyzing the processes of the establishment and deve­lopment of these three porcelain production sites, it becomes clear that the production control system (including control of personnel and facilities) as well as the sales control system play a more significant role for brand building than the value of the product itself, attributed to its quality and design. We also understand that what we regard as “brand communication” today – the way manufacturers and sellers place the value of products and express it to the customers – also happened to decide the value of porcelain products in history. Not only in Germany, but in Europe as a whole, oriental porcelains were long valued as high as silver, gold and jewels. Thus, the European porcelain was given, since its existence, an incomparable status as a product.

The above mentioned differences in porcelain production systems in Europe, China and Japan greatly affected their respective brand and design management since then. Starting with Meissen as a royal kiln, other cities in Germany such as Berlin and Nürnberg followed one after another. Later on, the establishment of private kilns was also permitted, but the majority of their customers seemed to have been found among the affluent population such as the royalty and the aristocracy in early times. As a consequence, the porcelain conserved its high status by its clientele. Supposedly the establishment of a production site by a single organization, not by a consolidation of multiple kilns, also contributed to the clear direction of brand building and relatively simple brand management. These German kilns have inherited their early design assets from generation to generation until today.

In Arita, the famous Kakiemon-style was established during 1660s. Kakiemon derives from a person´s name Sakaida Kakiemon who was an Arita craftsman. However, this style was allegedly completed by the collective efforts of crafts­men of kilns in Arita. It is a style created mainly for precious porcelains intended to be exported and multiple kilns seem to have adopted different designs for different clienteles. Arita is also known as Imari which refers not only to the port from where the porcelain was shipped out but also to products for the common population. Due to its diversified customers and the structure consisting of multiple kilns, one can assume that it was rather difficult for Arita to manage its brand and styles consistently. This was not the case with German counterparts that generally inherited a single brand by a single kiln since its establishment until today, despite some mergers.

In Jingdezhen, since the economic reform in China started in 1978, more than 2,000 then-existing kilns were consolidated into 20 state-owned and collective factories. They are ranked according to the class of products they produce such as institutions that employ national treasure-like craft artists to create luxury products, or factories that are in charge of mass production among others. Although the porcelain production in Jingdezhen has long played a major role in the local economy, it would be considerably difficult to manage the products manufactured in such a scale, from luxury to mass production, by a single brand.

One might think that this porcelain story also applies to the difference in brand power and design management of industrial products in each country. Both Germany and Japan have distinguished car manufacturers highly recognized all over the world. Nevertheless, German companies have clear advantages over their Japanese counterparts in brand power.

For instance, Porsche had been run mainly by the Porsche family until 1971, who took charge of core system development, exterior design and company management (much like the above mentioned royal kiln), which contributed to a consistent brand and design management. Other German car manufacturers, such as BMW, also have a consistency in style among their different product lines. Therefore we can usually distinguish them from other brands. In contrast to this, it seems to have been a common practice among Japanese car manufacturers to use multiple designers for exterior design alone, just like Arita did. Besides, we see quite often an inconsistency in style among Japanese car lines, which would result in difficulties in brand recognition based mainly on styles. Japanese companies have long been manufacturing economy cars, and they may not have been inclined to build high-end brand recognition. Therefore, Japanese companies will need more efforts than their German counterparts to convey a consistent brand message.

Going back to the craftworks, as of June 18, 2015, there are 222 traditional crafts authorized by the Ministry of Economy, Trade and Industry (METI) in Japan under the Act on the Promotion of Traditional Craft Industries. In addition, there are other numerous crafts that do not meet METI criteria but are authorized by local governments. Among them there are some craftworks that are now only made by one sole company due to the absence of successors. Nevertheless most produ­cers of craftworks in Japan consider their tradition as shared local assets. Therefore, together with the produ­cers, we as a promoter of the traditional craftworks, should work on a proper brand communication to be consistent with this common understanding.

Our organization started an initiative to raise awareness of Japan’s hidden regional heritage crafts on our website since 2010, aiming to revitalize the rural economy as the final goal. Since 2011, we started sales activities firstly via an online shop and introduced new designs by contemporary designers to just a part of the products. We are striving for the ongoing development of traditional techniques by meeting the demand of modern life and taste.

My personal competence is in the area of User Experience (UX) and I have been working for several years with a company in Berlin specializing in brand and user research. Through the projects with them I had the opportunity to deepen my understanding of the proper communication approach to different nationalities. The users from emerging markets such as China and Korea tend to expect status and vigor in the product as well as company images, while German and Japanese users prefer credibility and stability. Being a federal state with strong decentralization of authority, Germans may have different preferences or values according to each region. We are now planning to introduce Japan’s traditional crafts in Germany in the near future. In order to convey the value of the crafts appropriately, it could be concluded that taking the communication approach into consideration will be essential.

Lastly, a quick digression: I have once asked my Japanese friends, “What comes to your mind when you think of Germany?”. Most of their replies were: cars, beer and football. Although Feiler’s textiles as well as Meissen’s porcelains are well known in Japan, the majority of Japanese have a somewhat heavy and masculine image towards Germany. Although I have just started to learn about Germany through my business, I hope to understand various aspects of this country and communicate more affluent images to the Japanese audience.